In 1954, the predecessor of Marugo, the Saiki Kyosaku Smoke Shop, was established by Saiki Kyosaku. The main focus of the fireworks shop was the manufacture and sale of toy fireworks, and the company focused on sparklers. When the company was founded, it dealt with the main industries of the local Ichikawa Daimon, such as fireworks manufacturing in the summer and shoji paper manufacturing in the winter.
Masakazu, the second generation of the company, expanded its business and incorporated it in 1980 to strengthen the company and changed its name to Marugo. Around this time, many toy fireworks were imported from China, and many domestic toy fireworks manufacturers went out of business one after another. Margaux sold toy fireworks from China as set pieces to home improvement stores and drugstores at low prices. In place of toy fireworks, which were no longer profitable, the company began to focus its efforts on fireworks.
In 1991, when Masakazu became a member of the town council, Kazuo Saiki became the representative director of the company. Tomonori, the current chairman of Marugo, takes charge of the scene and opens the door to a new world of special fireworks. He established the special effects department and was in charge of special effects in Tenko Hikita’s magic show. He will also be in charge of setting off fireworks for the Orix baseball team, which is based in Kobe. He also made presentations of special effect fireworks to theme parks all over the country, and focused his efforts on the development of low temperature fireworks and the production of new fireworks components. Through this kind of special effect fireworks making, we have accumulated the basics of unique fireworks and flash fireworks without realizing it.
Since Tomonori took over as president in 2001, “We have promoted reforms under the banner of the challenge of the Marugo brand. Marugo’s code of conduct, the Marugo Pledge, has fully penetrated the company’s employees, and in 2019 Satoshi Saiki will take over as the company’s representative, along with senior managing director Keisuke and plant manager Miyakawa, who are taking Marugo to a new stage.
The final item in the Marugo Pledge, “Be brand conscious,” states, “We will always be aware of what our customers expect from us, and we will always remain humble and positive so that we can earn their trust and respect as a member of Marugo. You could say that this statement sums it all up. 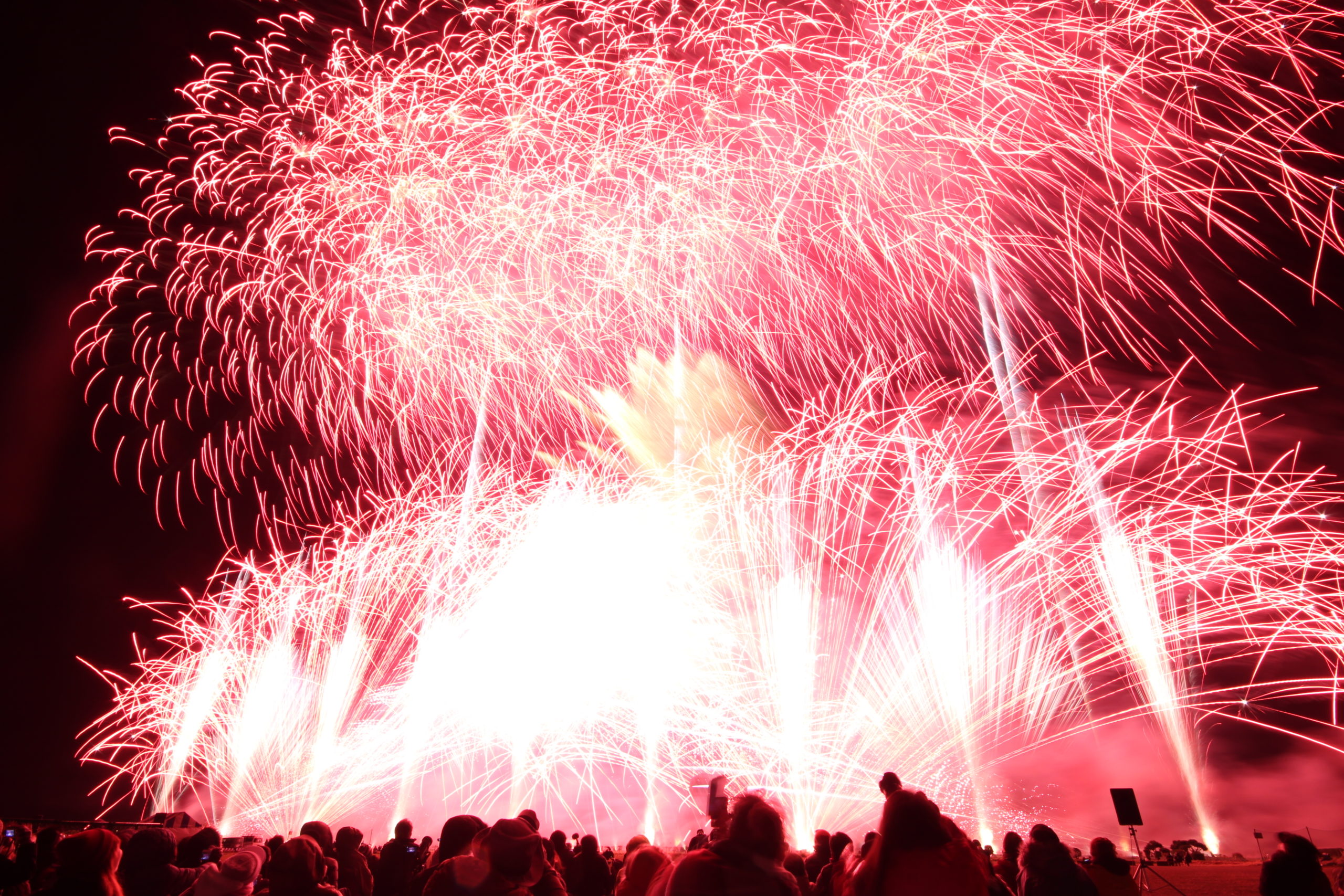